Why is the UI picker still visible on back camera?

I am having an issue and don’t understand what’s wrong, maybe it is a bug.

The option picker should be visible on the front camera only and should be switched off on the back camera. It works well on the software but not on the instagram app.

This feature hasn’t worked since they launched it. For some reason, the visibility boolean doesn’t have any affect on the ui. I think the consensus is that they aren’t going to fix it

Hey Josh, thanks for your answer <3

Do you think they could be a workaround using scripting?
It’s not really my cup of tea. 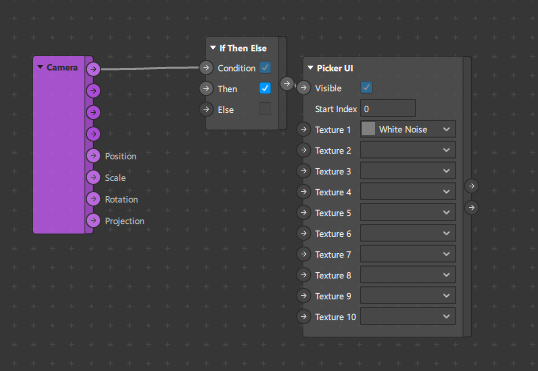 And it seems to work (at least on my Android 12 phone). Picker properly disappears on back camera

Hi Boris, thanks for looking into it, this works as well yes but only for android devices.
it appears that this bug is on iPhone devices. I’m wondering if a workaround using scripting would do the job, but I’m not really good at scripting :') .

Actually dumb workaround I’m just thinking of, if it’s really specifically the visibility toggle for the Picker UI that’s bugged, you could try putting it inside a null object. Maybe that object’s visibility won’t be bugged and it’ll properly toggle off everything inside.

Even if we go via script, we’d end up trying to do the same thing : access the visibility toggle of the Picker UI. So if it’s flat out bugged, we should normally have the same behavior, at least via the simple scripting approach.

I did this to “hide” the textures for the back camera but we still see the UI selection white circle.
I am wondering if instead of sending an “alpha” texture wit could be possible to send a “none” or “0” value instead.

But not sure how to do this. 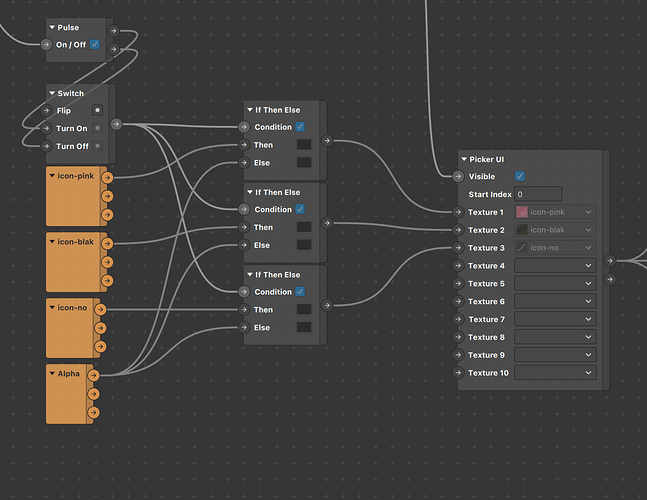 Just checked again, the null object route is a dud, forgot it doesn’t actually show up as a scene item…

Not sure you could feed it a NaN or none value, as it’s pretty strict when it comes to what you’re feeding in. And since we have to feed a texture, your alpha at 0 is probably the closest you can get to a null value.

Gonna try to see if the script approach doesn’t have a full on disable feature, rather than just toggling visibility. Maybe via script you can assign no textures 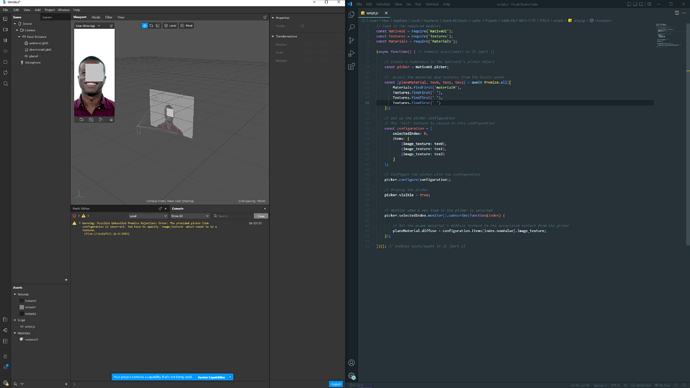 image2560×1440 318 KB
So I tested setting up the UI picker and by assigning no textures at all, it throws an error but in so doing doesn’t show the UI picker at all, and doesn’t seem to prevent runtime, which is good.

Weird bug though, setting the textures back in script didn’t resolve the issue. Now with the textures in the project and the names properly set, it still throws me the error… 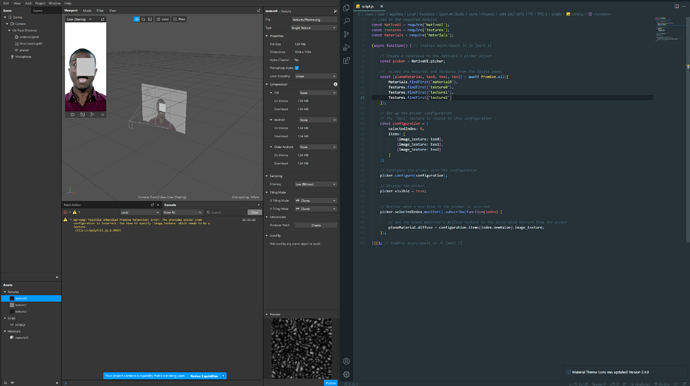 I’m not well versed enough in async scripting to try an if/else but it could in theory work, provided the script is then capable to fetch the textures again, which is weirdly bugging out for me here.
By creating a variable for each texture that you can change to either nothing " " or the texture in question you could in theory make it disappear basically.

Edit : you can’t really see it in the screenshots, but in the first one the “Textures.findFirst” lines are all equal to " " while in the second one they’re properly bound to texture0, texture1 and texture2